The short film For the Good of All is an illustration of the importance and success of community-centered intervention when reducing violence and poverty in developing countries. In America, areas such as the Niger Delta are often perceived by the layman as helpless without Western intervention and aid, and are thereby branded “third world”- a term steeped in the brand of imperialism that has historically plagued the African continent. PIND’s use of community-based intervention through the Partners for Peace (P4P) network is an alternative that still provides intervention aid to communities in need, but in doing so also empowers its citizens and builds stronger networks of people. Building communities up and developing a collective desire for peace and safe communities is essential to minimizing violence before it begins. During instances of cult clashes, lawlessness, and political violence, PIND uses community training and outreach as its main form of resilience-building. With this intervention, community members are trained as ‘Peace Agents’ in order to better handle and prevent outbreaks of violence “instead of waiting for external forces to come and settle it for them”, as Pastor Edewor, Founding Executive Director of the Value Rebirth and Empowerment Initiative (VREI) and secretary for the P4P Central Working Committee, phrases it.

PIND’s approach to intervention is effective because of how it humanizes the concept of intervention and focuses on the people and communities that it affects above all else. In their efforts to achieve peace for the Niger Delta, PIND “treats data with a human touch”, focusing on building a stronger, more connected community rather than focusing solely on reactionary responses to spikes in violence. The goal of “sustainable reduction” of crime and poverty is a testament to the holistic approach of PIND’s intervention process, as it exists to help the Niger Delta outgrow its need for further intervention in the future. It gives real power to the people, using resources that focus on the individuals and families affected by the violence and poverty. As described by Dr. Patrick Harrison Oboghor, “[w]e start by ten. Ten persons can go into the community and talk to ten more persons… then the whole thing will cascade down to the smallest person in the community”. This intervention is not forced, but rather allowed to organically grow within a community that needs it, optimizing the success of the program as well as the wellbeing of the community. Not only is the goal a safer, more prosperous Niger Delta, but also a strengthened, more connected, and more informed community.

This approach to intervention is evident in the framing of the short video For the Good of All. The stories of Eze, Eunice, and Duke serve to remind us of the individuals, families, and communities behind the P4P efforts. Education, organization, and autonomy are at the core of the P4P program, and the desire for a renewed sense of peace in communities such as Asa, Okpolo-Enwhe, and Ewe is at the heart of both P4P and the Niger Delta’s community members. Building resilience is a complex, never-ending effort and For the Good of All encapsulates why PIND pursues resilience-building and intervention in such a unique, humanity-focused fashion. 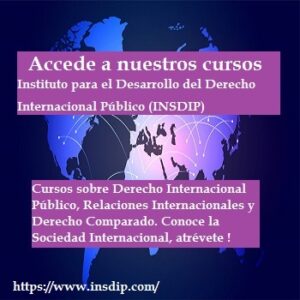